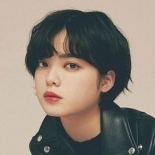 You should watch "Long Vacation".